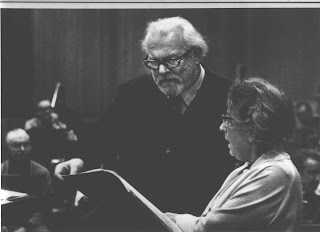 The piece itself is far from being a 'comfortable' listen. It sustains a highly wrought, intense and unremitting musical language for over an hour and is far from perfect (the structural purpose of the solo vocal writing remains difficult to see) - yet in this respect, it is quite unlike much else in Welsh music and this gives it its unique power. It is still available until the end of the month on the BBC website here - do listen now.
Posted by Peter Reynolds at 12:22