Two weeks ago the London Sinfonietta held a special concert in which they played and displayed a selection of pieces that could be written on one side of a postcard. Along with around 370 other composers I submitted my own postcard, with a piece laid out in the form of an ampersand. 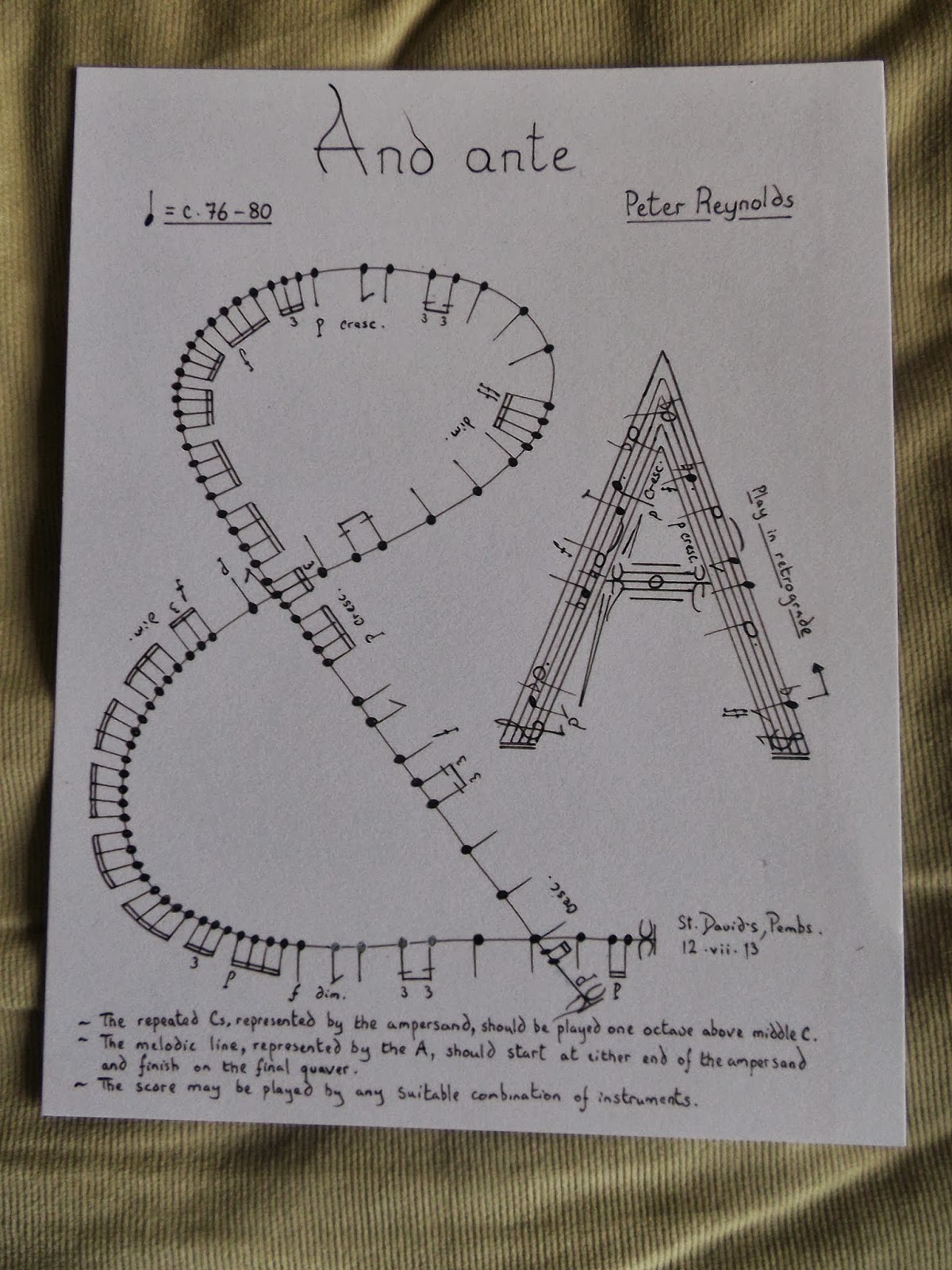 I’ve always been attracted to the visual possibilities of music notation. This also fascinated Medieval and Renaissance composers. Here is one of the most famous examples, dating from the early fifteenth century, with the whole piece represented in pictorial format. It’s by the French composer Baude Cordier and is called Belle bonne sage. Having done one of these now, I’m very interested in making more short pieces in this way.

Yesterday the musicians Still Life with Guitar gave a lunchtime concert at the National Museum of Wales, Cardiff. As usual with these players, it was a fascinating and unusual event and included the premiere of a new piece of mine (see previous blog, Song for a Hidden Chapel, for more details) 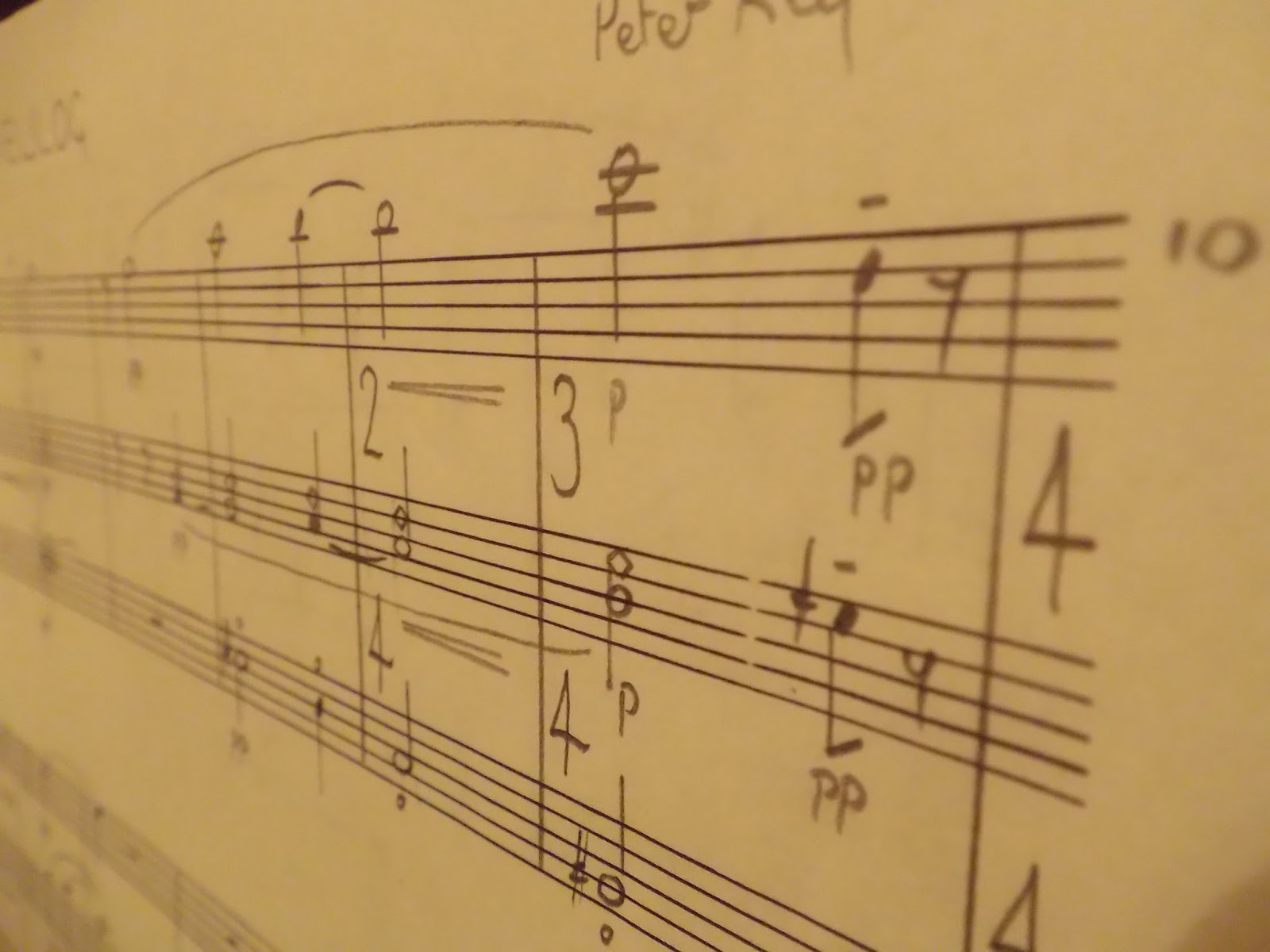 They played in front of an impressive Stanley Spencer Resurrection painting and this, and the other paintings and sculptures dotted around, made it a visual and musical treat. They played a great new piece by the young Cardiff-based composer Luke Starkey – one of the movements, called Five Little Pigs, consists of five micro pieces, one of which is only two notes long. Fabulous! Here's Michael McCartney and Emma Coulthard rehearsing. 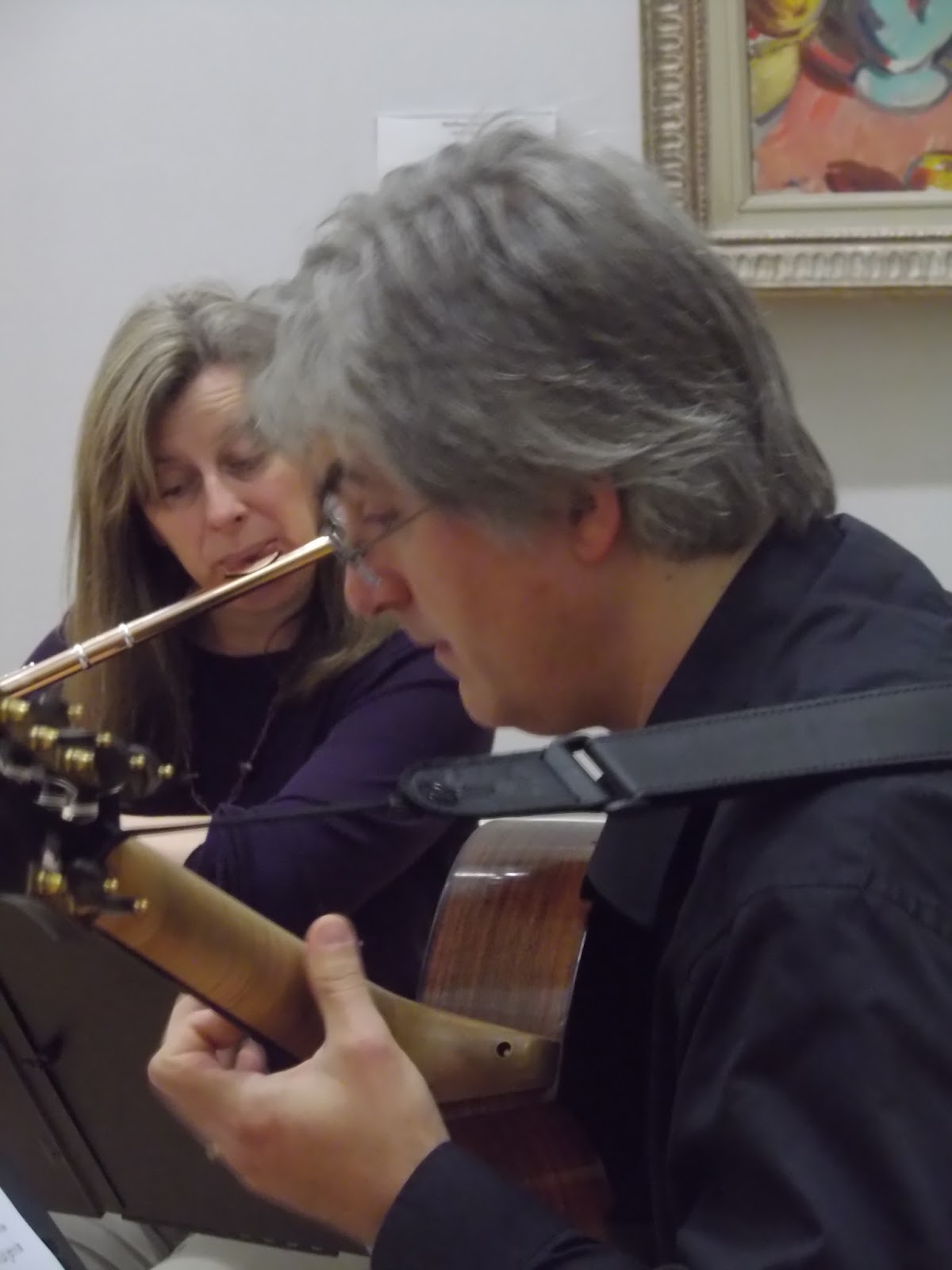 As you can see the rehearsals were very serious, but also fun … 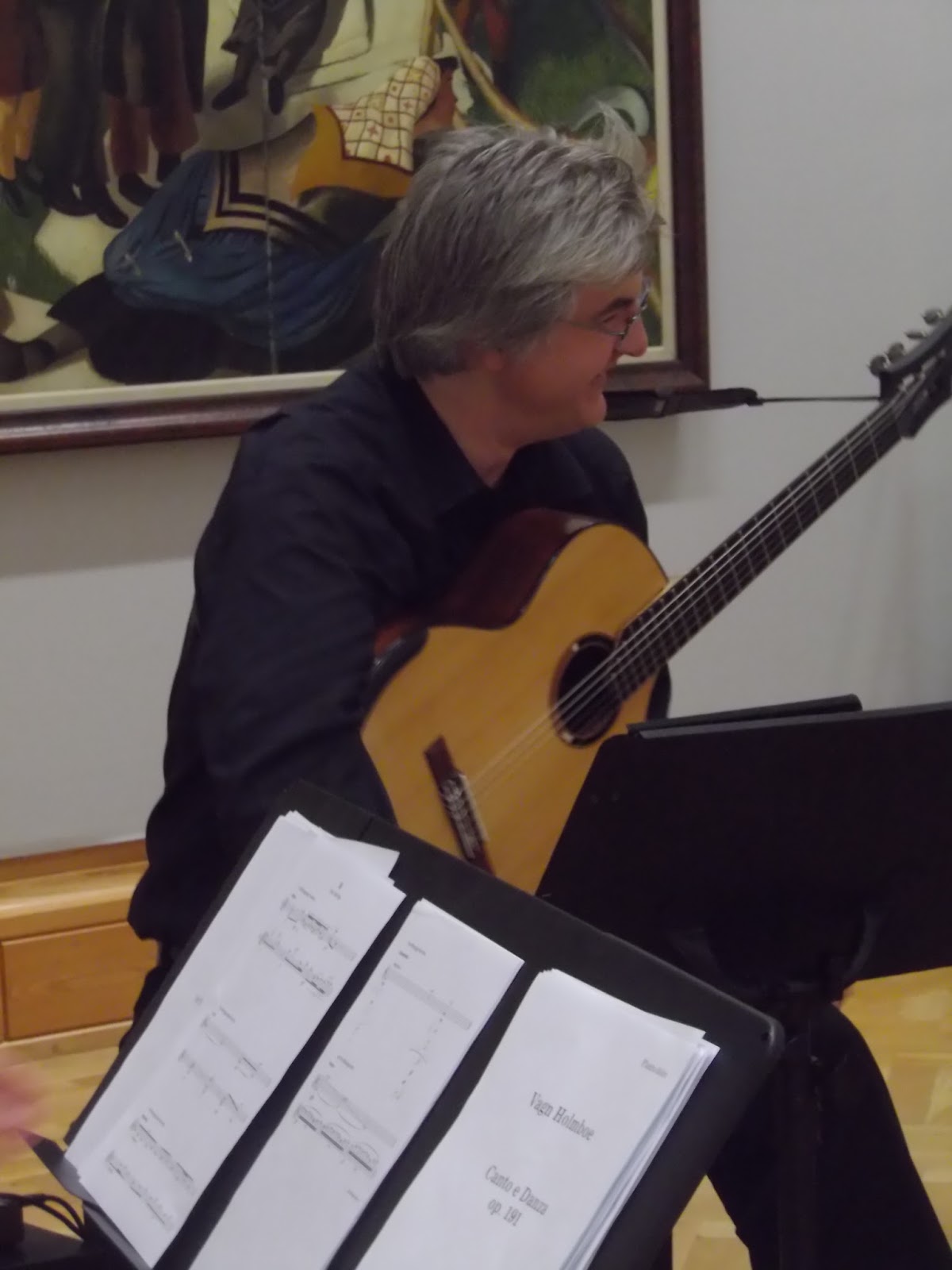 Song for a Hidden Chapel

Built around 1720, Beiliheulog is a small non-conformist chapel, hidden deep in a remote valley in Breconshire. 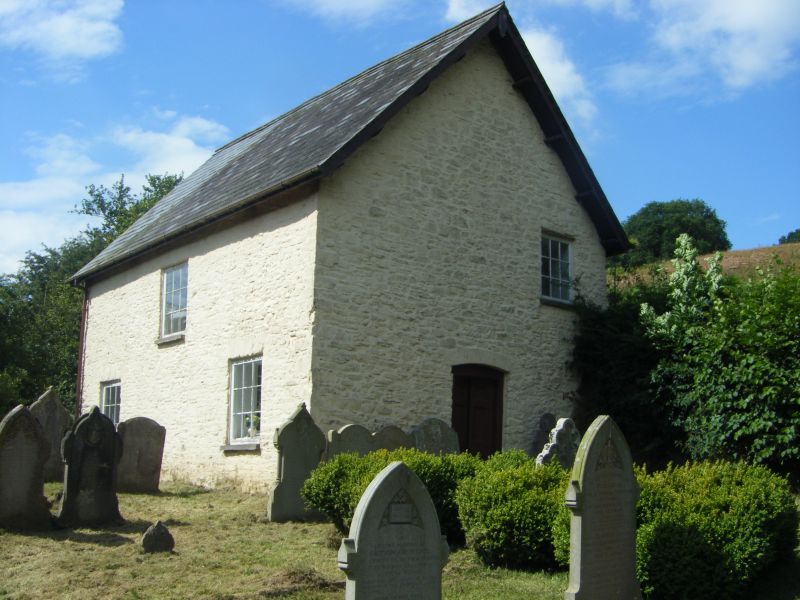 After visiting during harvest time in 2009, I composed a piece for flute, viola and guitar, being premiered at the National Museum of Wales on Sunday 15 September by Still Life With Guitar. 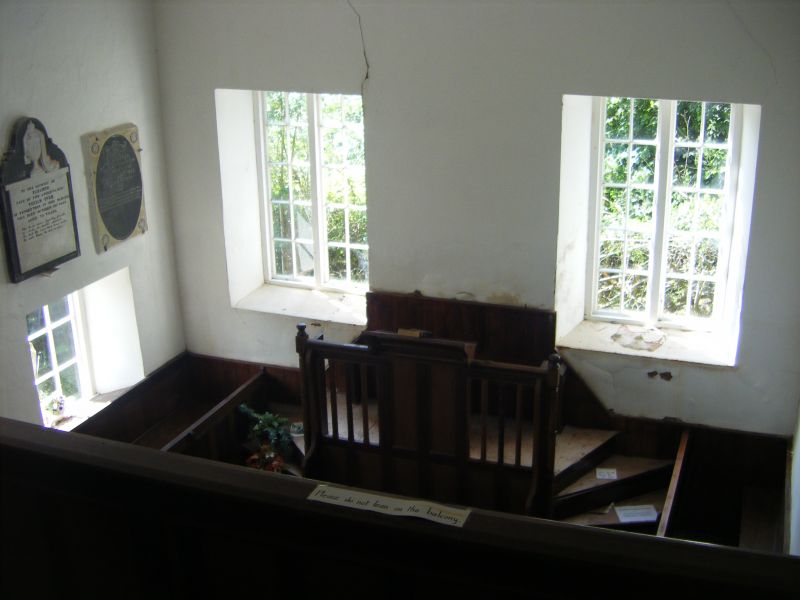 Although only six minutes long it’s one of most sparse pieces I’ve ever written – there are only 89 notes in total, and I even took out a few more the other day! 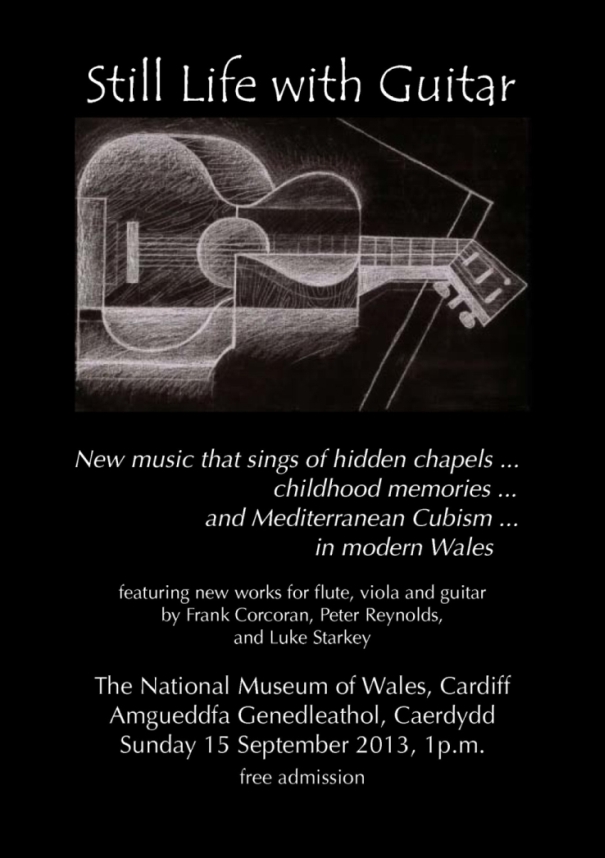 The concert starts at 1pm and is free – it’s a fascinating programme with another first performance by the wonderful young composer Luke Starkey. The three musicians are Emma Coulthard (flute), Philip Heyman (viola) & Michael McCartney (guitar). It would be great to see you there.

Last night the fabulous Madrigali Redux gave a concert in York’s Late Music Series. They gave 10 first performances in one night of new madrigals for four voices to a large enthusiastic audience in the intimate York Unitarian Chapel. 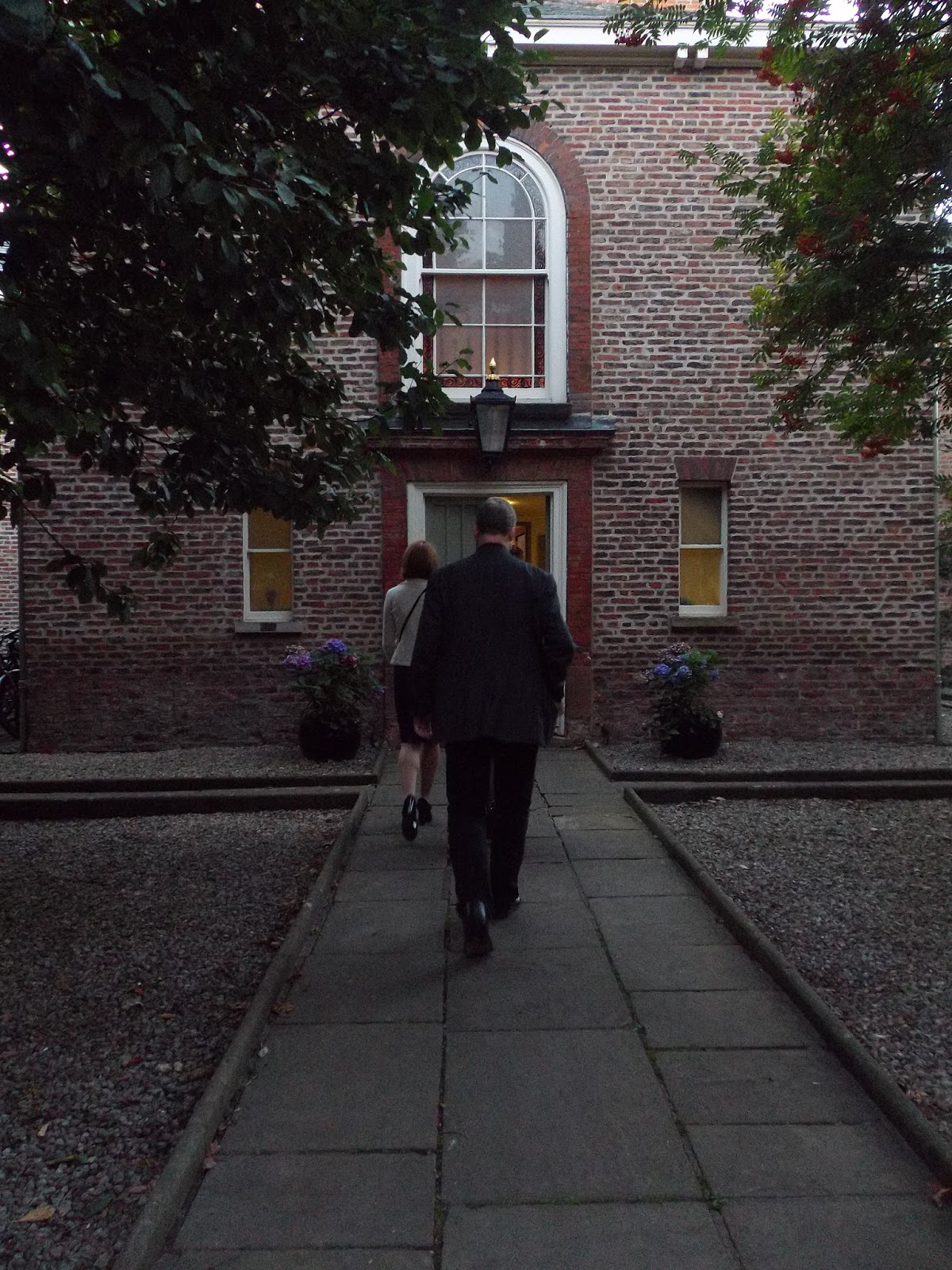 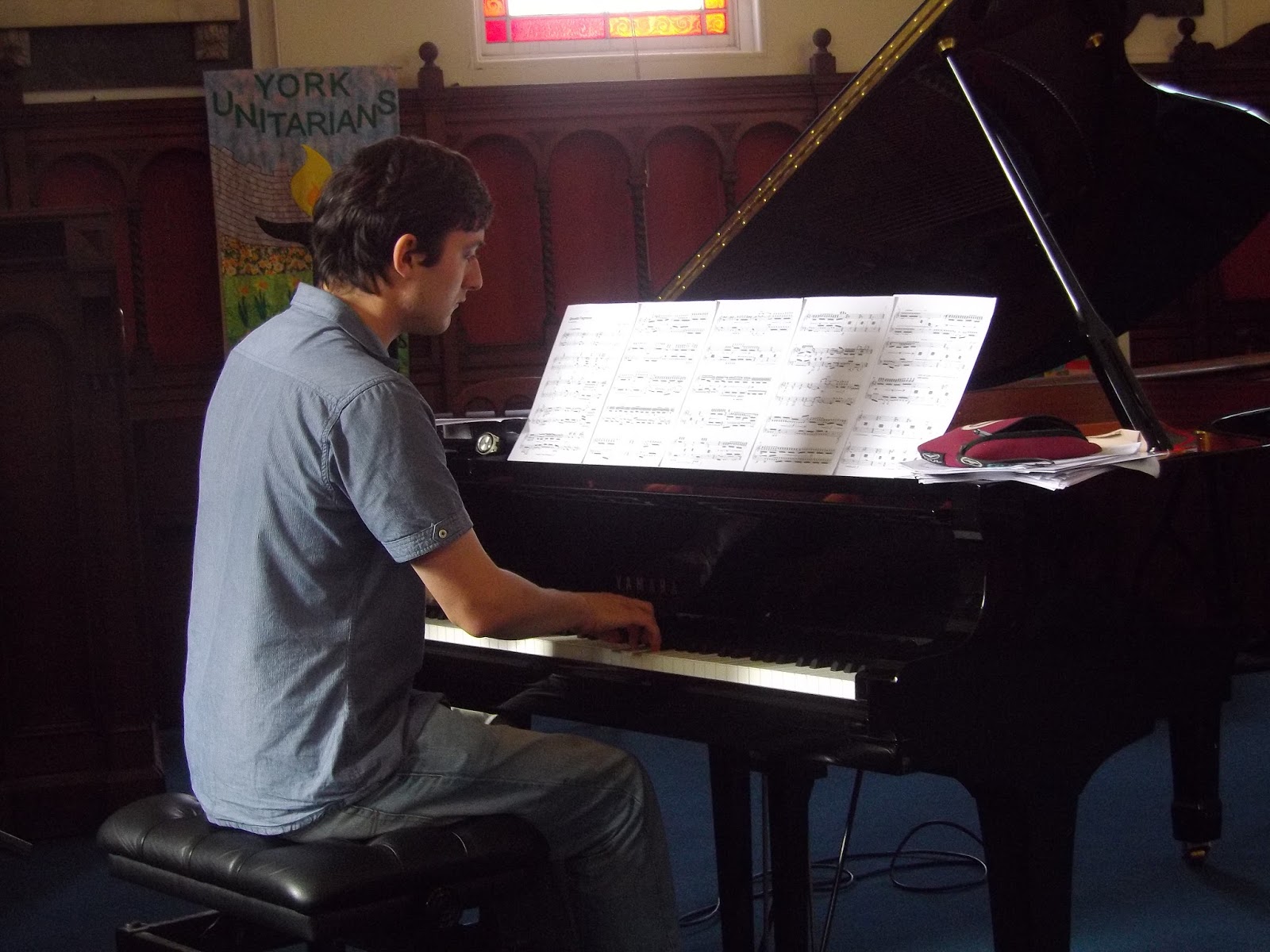 He played a brand new piece of mine based on a Monteverdi madrigal – it’s wonderful when someone like Mark knows straightaway how your piece should go. I was delighted with what he did. With luck, a recording should be posted on the Late Music Series’s website before too long. Thanks Mark and to Steve who organised the concert. latemusic.org 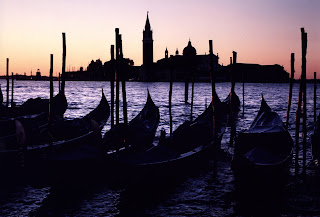 Dawn over Venice, evoked by Monteverdi in his 1590 madrigal Ecco Mormorar L’onde (Now the waves murmur). Next Saturday, 7 September, pianist Mark Hutchinson premieres a piano piece I’ve written with the same name at the Late Music Series, York. It’s part of a concert of contemporary madrigals and they asked me to write something inspired by a traditional madrigal. Monteverdi was thinking of a brilliant sunrise; my piece has a more muted dawn!