A Century of Piano Music

I was in at the National Centre for Early Music earlier this week to record a new piano piece I've written for Duncan Honeybourne. 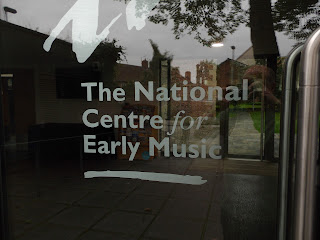 It's part of a CD project set up by composer David Power which features a selection of piano works by British composers written over the last century, culminating in recent pieces by David and myself. The other composers are Morfydd Owen, Evangeline and Leo Livens, Julius Harrison, Constance Warren, Arthur Butterworth, Christopher Headington, John Longmire, Peter Racine Fricker and Howard Skempton. All the pieces are being recorded for the first time. The National Centre for Early Music is based in a church dating back to the eleventh century church near to Fossgate. Here is in action. 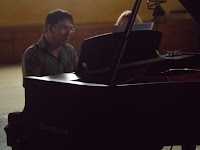 And here is Duncan, David and myself listening to some playbacks along with Jez Wells who is recording and producing the CD. 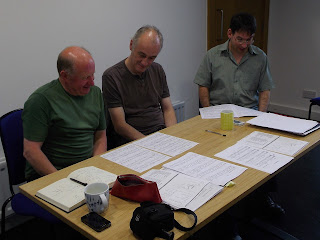 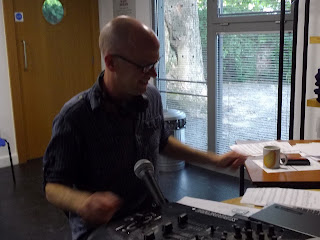 My piece is based on the same idea as the film I worked on earlier this year, based around the abandoned chapel at Cippyn in Pembrokeshire, developing and carrying over some of the music for it (more details in this blog). I've written a piece which can only be realised as a recording with the piano is overdubbed and asked to do things that are not be possible live. Here I am helping Duncan play some of the internal strings with a drumstick. 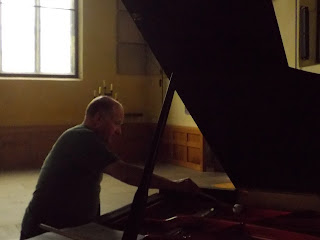 Watch out for more details early next year when the CD is released.

Posted by Peter Reynolds at 14:36 No comments: