On Saturday 27 February York's Late Music Series put on a day of events devoted to British Song in collaboration with York's Literature Festival. The events at St Saviourgate Unitarian Chapel near to the Shambles included a talk by myself on British song over the last hundred years or so and in the evening concert soprano Ana Beard Fernández and pianist Kate Ledger (see below) gave a fabulous premiere of my Three Winter Haiku, which set words by poet Francesca Kay. You can find more details of the day here and read a review of the concert here. Many thanks to Steve Crowther for arranging things. 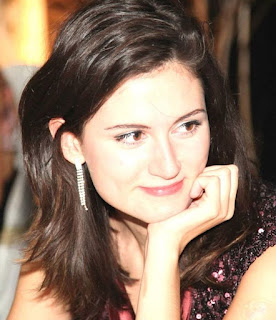 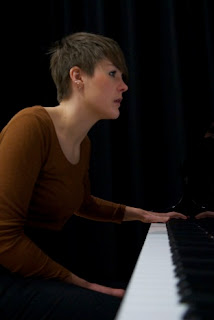 The three haiku settings also have a short postlude for piano alone and make up a kind of micro-song cycle lasting about five minutes or so. They were inspired by Francesca's precise and very evocative words, taken from her collection of poems Garden Seasons. They are collected together, not in a book, but very strikingly in a seed packet with, in her words, "poetry seeds for the imagination inside". You can buy them by going to Francesca's website 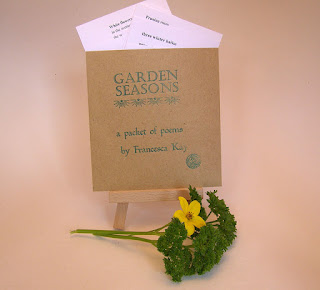 I have recently revised and produced a new copy of the score which can be obtained by contacting me through my website. 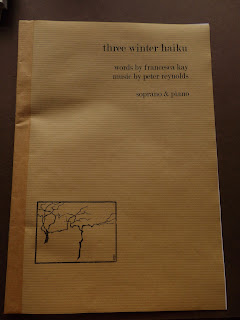 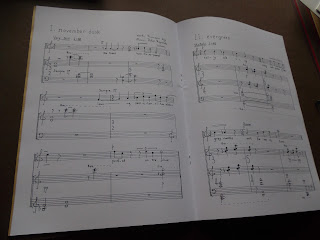 Posted by Peter Reynolds at 04:03 No comments:

The closing days of 2008 witnessed a remarkable frost alongside days of very bright intense sunshine across South Wales and England. At the same time I wrote a short piece for guitar, Sometimes there is hoar frost … , which captures something of the still atmosphere of those days.

The piece is a short set of double variations, for solo guitar, written  for Michael McCartney, who gave its first performance in the following year. Although little more than five minutes long, its an important piece for me, written at the end of a long barren period and setting up a template for the scale of a lots of pieces that have followed since. 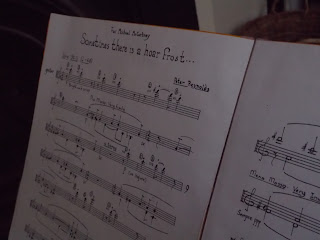 Its title is taken from Heather and Robin Tanner’s classic record of rural life, Wiltshire Village (1939): “Sometimes there is hoar frost, when trees are transformed to coral and cobwebs to lace”. You can hear a recording made by Michael Hughes of the piece here. 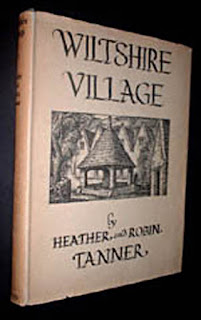 Robin Tanner (1904-88) was a visionary etcher and print maker and I've tried to convey something of the small-scale intensity of his vision in this piece. When I first saw his work, just after his death at the end of the 1980s, his etchings were relatively cheap. Alas, I didn't invest then and can no longer afford them these days. Here is one of his earliest etchings, dating from 1927, just after he had attended the first major retrospective of Samuel Palmer's work at the Victoria and Albert Museum the previous year. 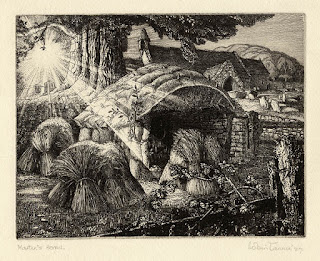 On Friday 26 February guitarist William Brown gave a wonderful performance of the piece at Cardiff Bay's Norwegian Church (more details here) as part of a concert given with flautist Vicky Guise (they performed my Serenata I in London in December 2014 - more details here). I recently had a rehearsal with Will and was bowled over by the stillness and intensity that he brought to the piece. 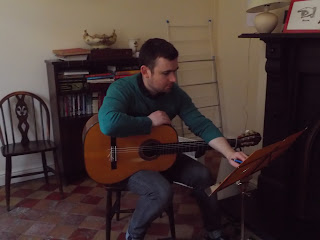 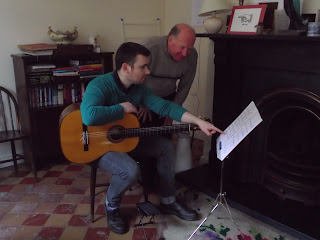 The concert was made up of a fascinating variety of unusual British music and included the premiere of a fabulous new work by Gareth Churchill.

Posted by Peter Reynolds at 14:01 No comments: