In a previous blog post I showed pictures of abandoned chapel in Cippyn near Cardigan. Since then I have started working on a project as part of my Arts Council of Wales Creative Wales project based on the building and its surrounding landscape. 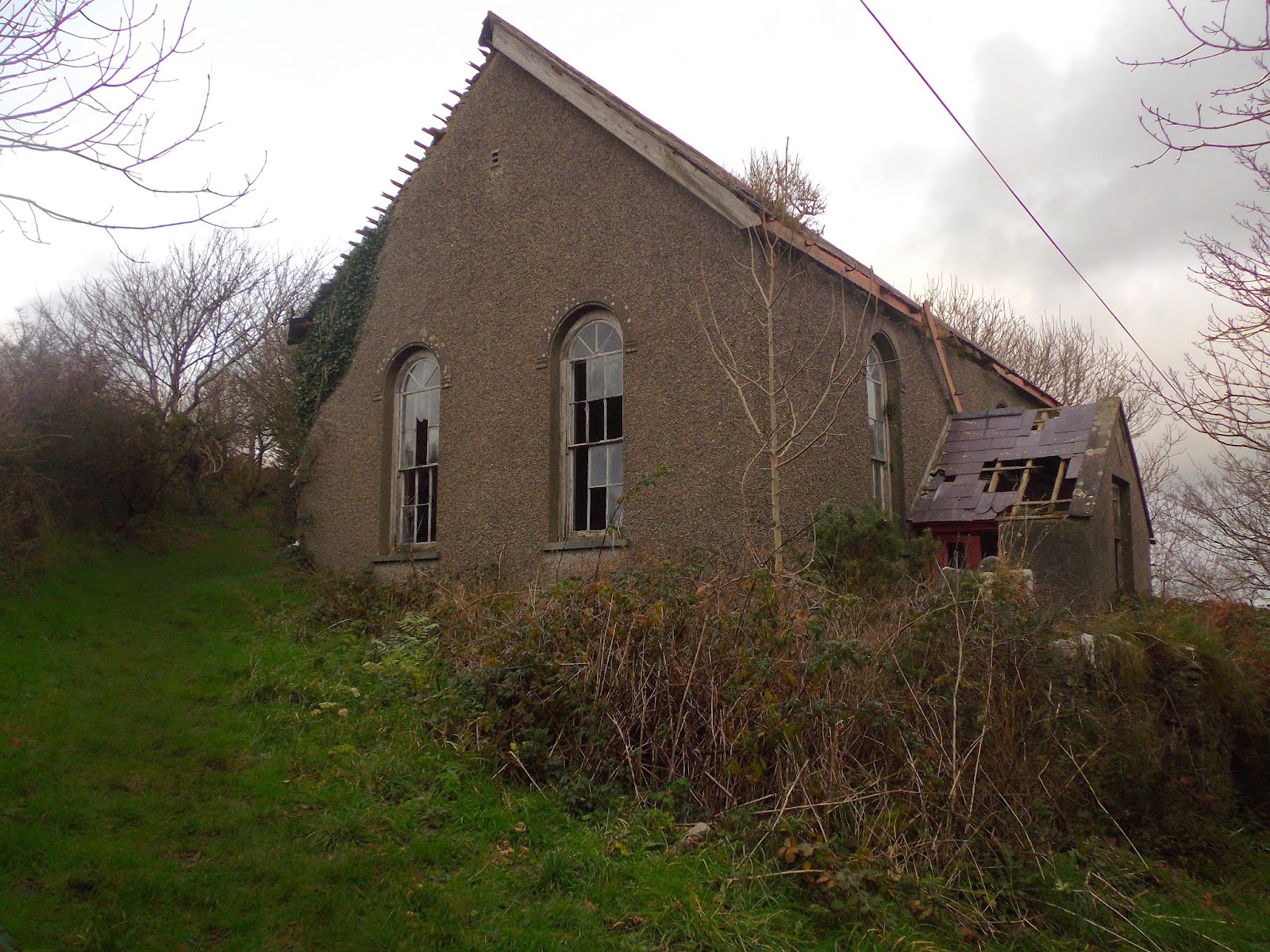 I'm very lucky to be working on a short film of the chapel and its location.with Aaron Cooper and his tutor Heledd Wyn Hardy from the Faculty of Creative Industries at ATRiuM (Course Leader, Bilingual Media Production) at the University of South Wales. I'm now writing a piece for solo double bass (for Ashey Long) which is underpinned by an electronically manipulated soundscape of sounds recorded at the site. I've never worked with film before and am coming to grips with the technology of producing the soundscape over the last couple of months with the help of Odilon Marcenaro at the Royal Welsh College of Music & Drama.

Last Sunday I went along to the chapel at Cippyn with Arron and Heledd to watch them working on the film. 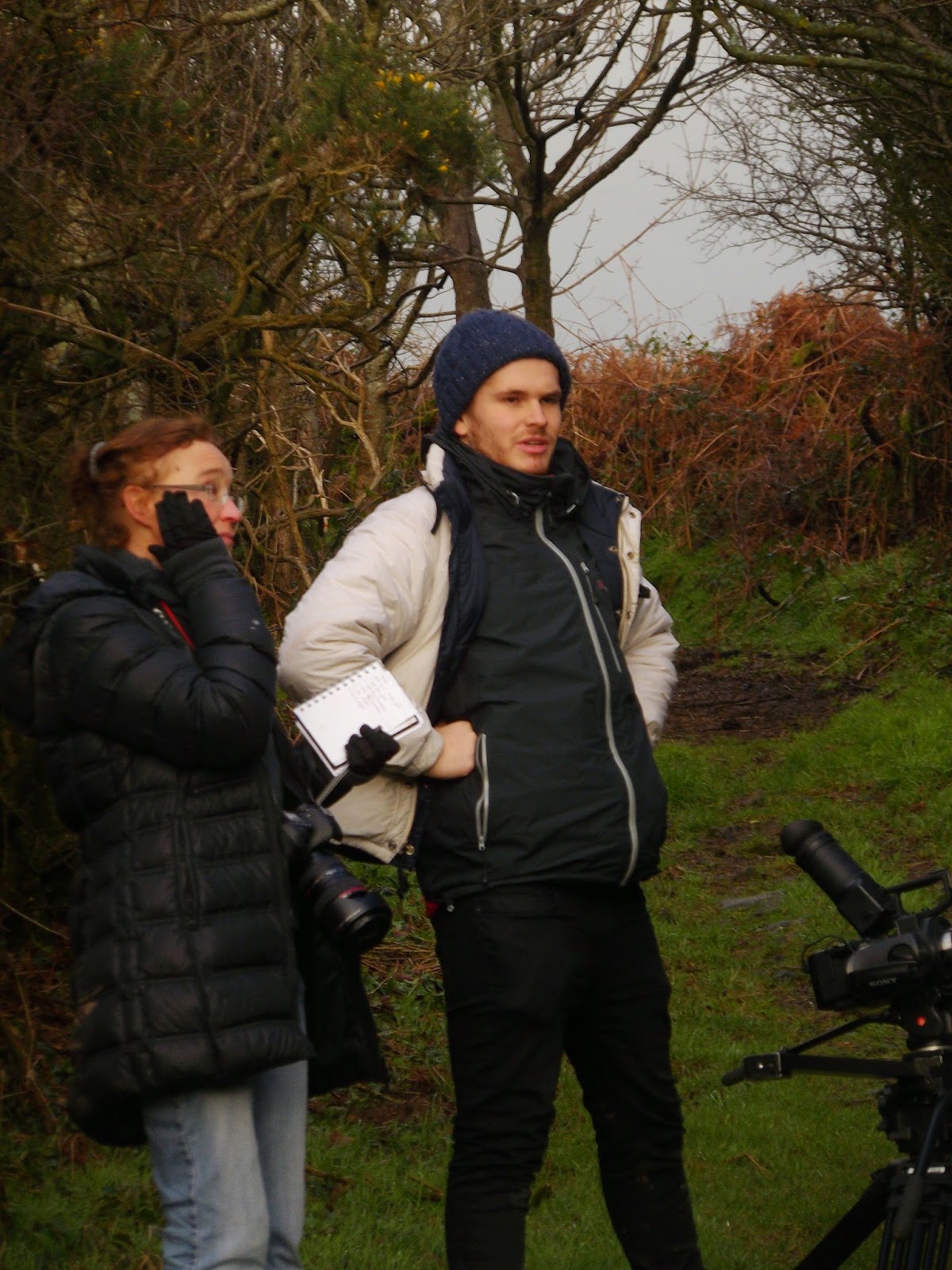 It's a long and painstaking process, with lots of tiny shots and different angles that will eventually be stitched together into the final cut. Here's Aaron filming a tiny clump of weeds that have grown up around the internal door to the chapel. 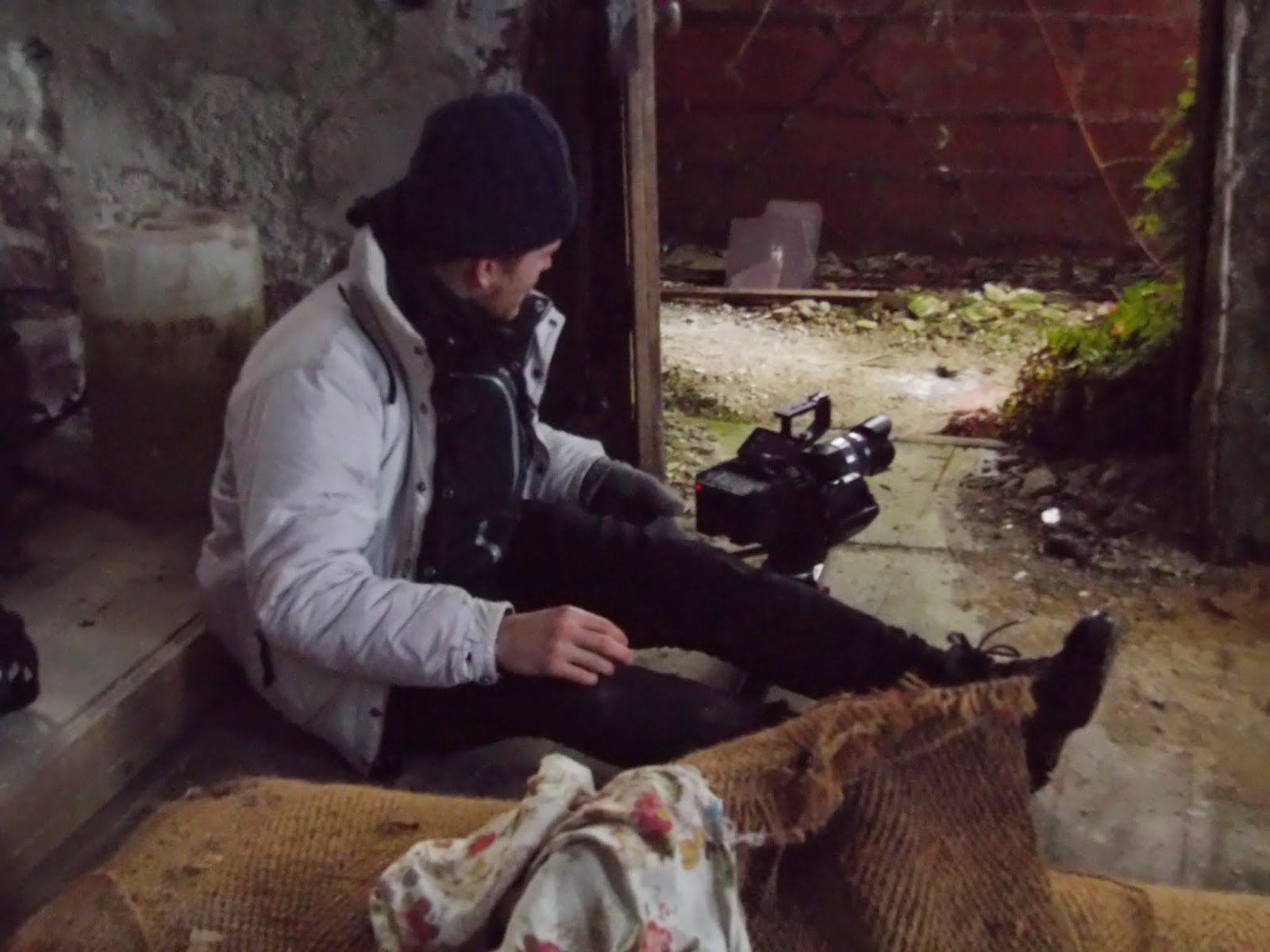 We were lucky with the weather and had the whole range of different types of weather and light during the day - very much a part of the coastal micro-climate in this part of the world. Here  is Aaron with Heledd filming the exterior of the church. 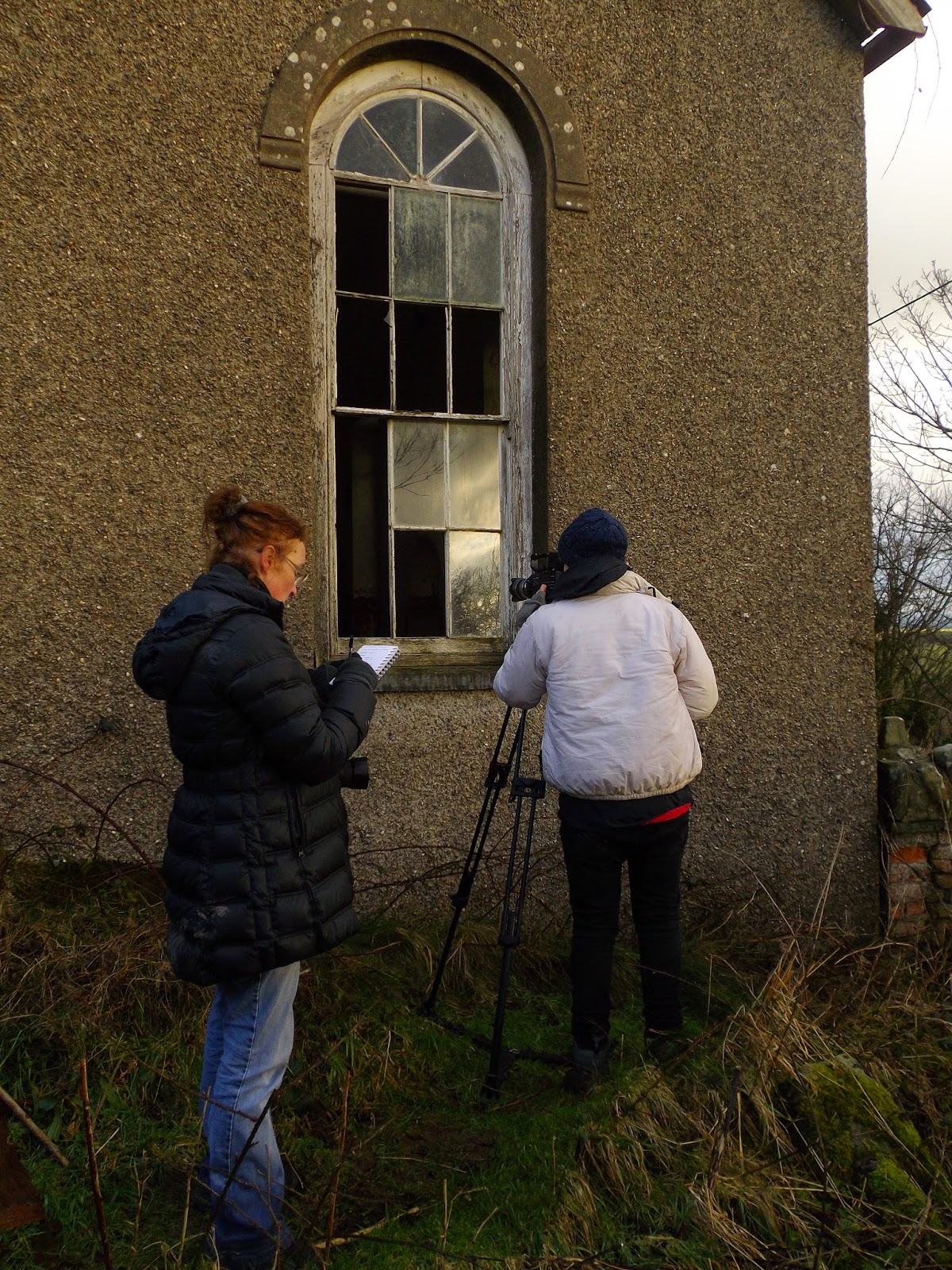 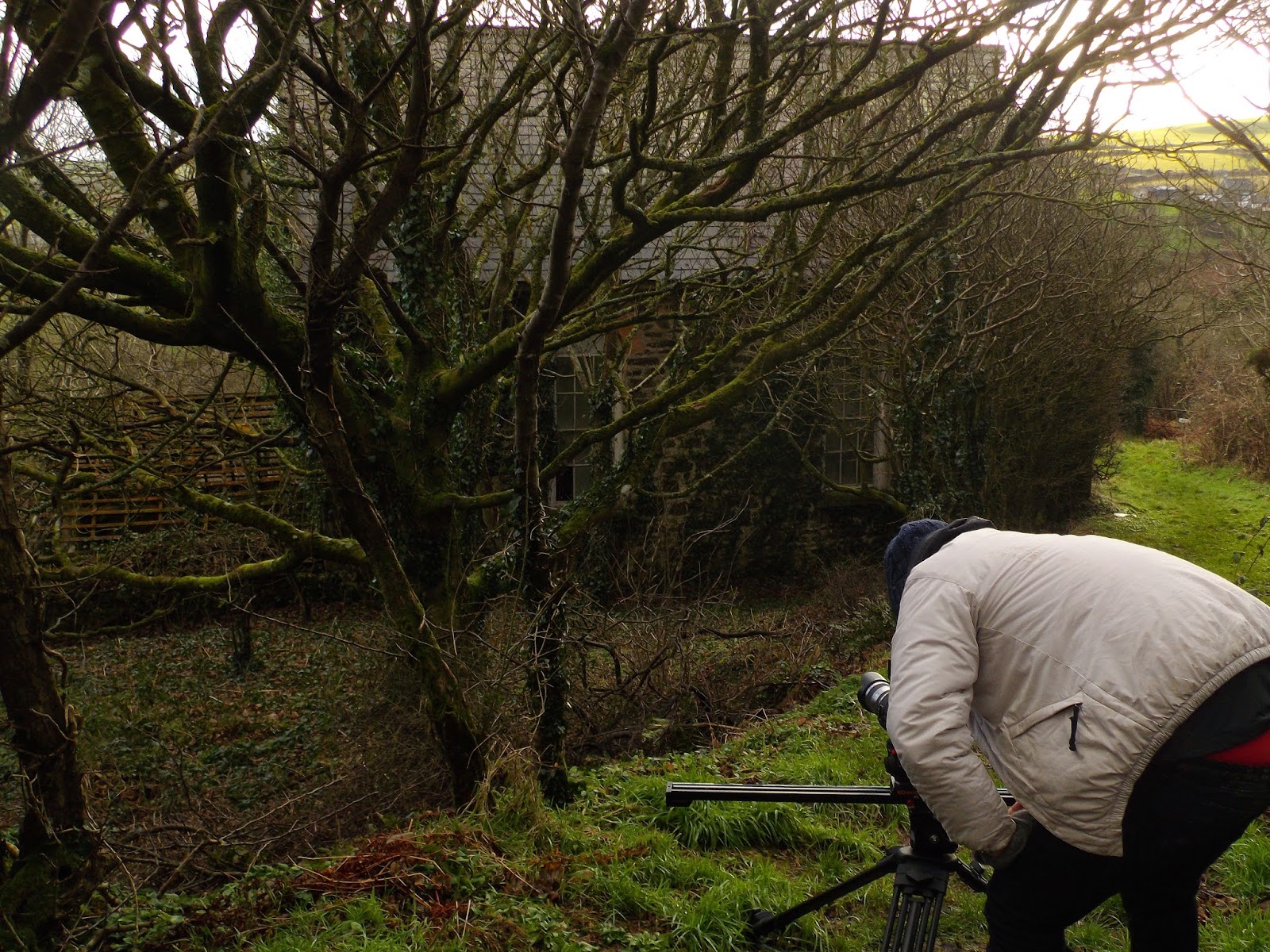 From the porch of the chapel itself, there is a breathtaking view down to one of the bays on the coast. 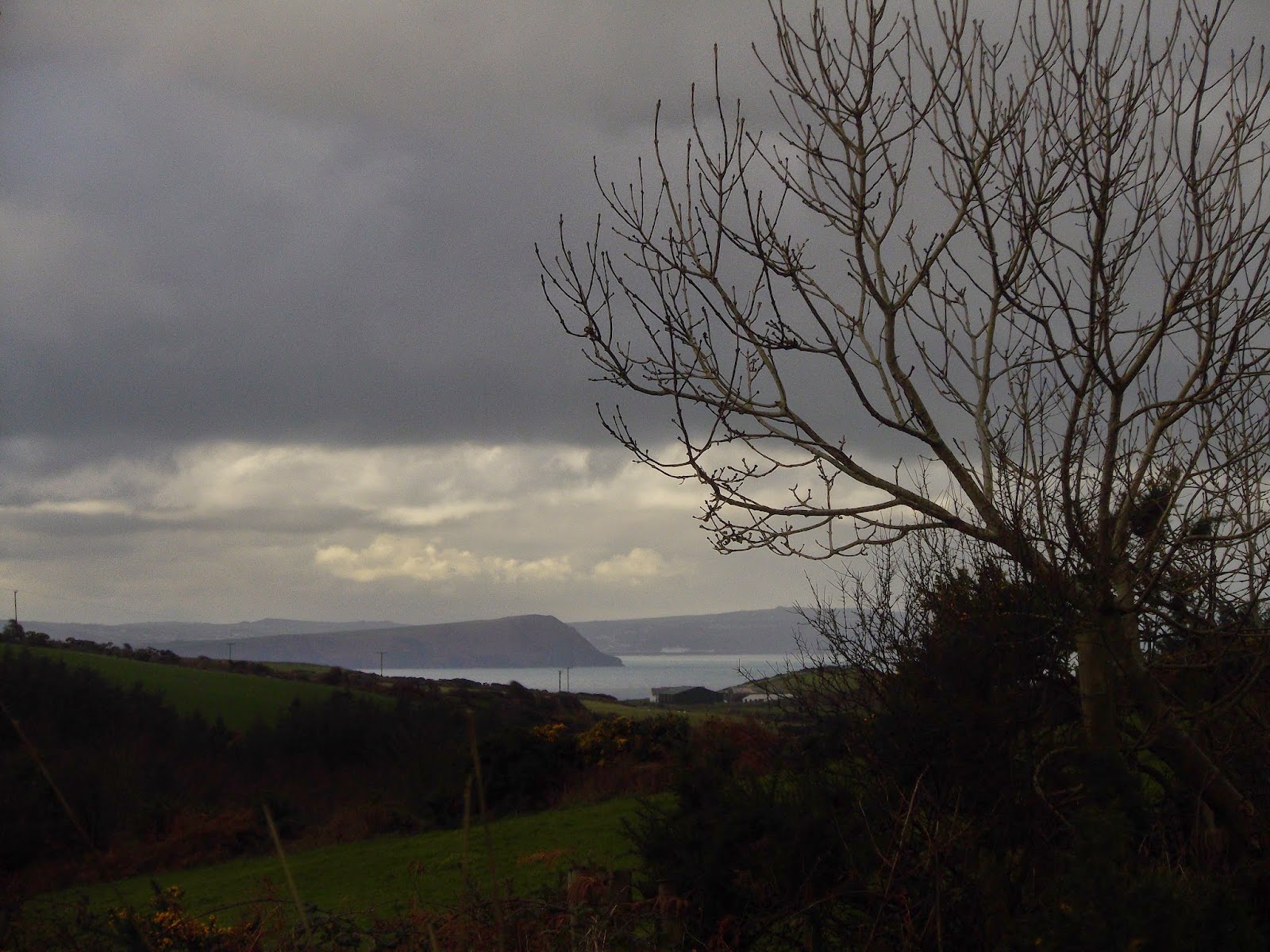 Most of the film is being made digitally, but we also had ten minutes of real film used for some of the shots. Here's the camera ... 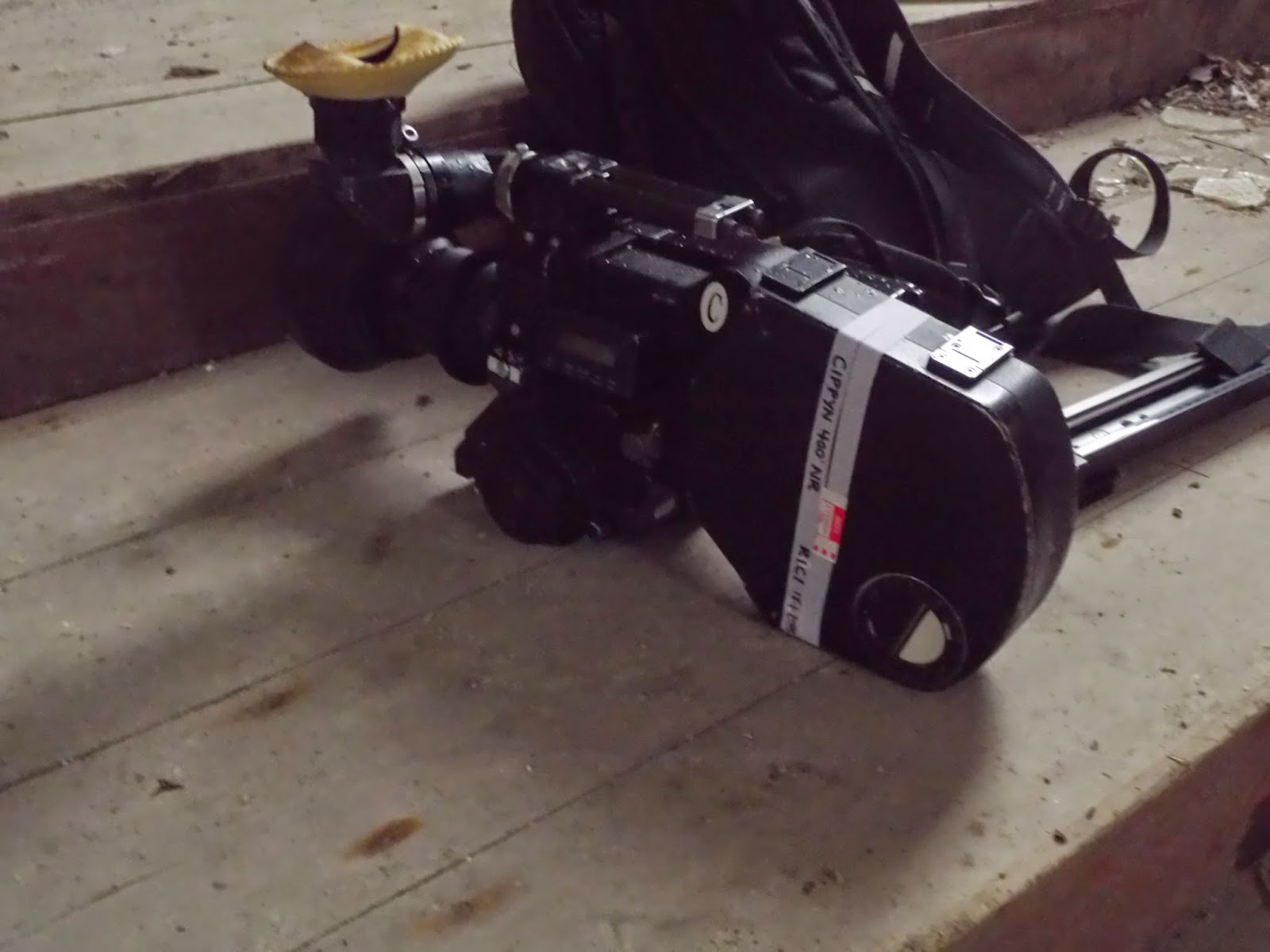 Whilst Aaron and Heledd were working on the filming, I recorded various sounds from around the church: wind, rain dripping from the roof, different birds in the locality, a sudden downpour of rain and the inside of the church itself. 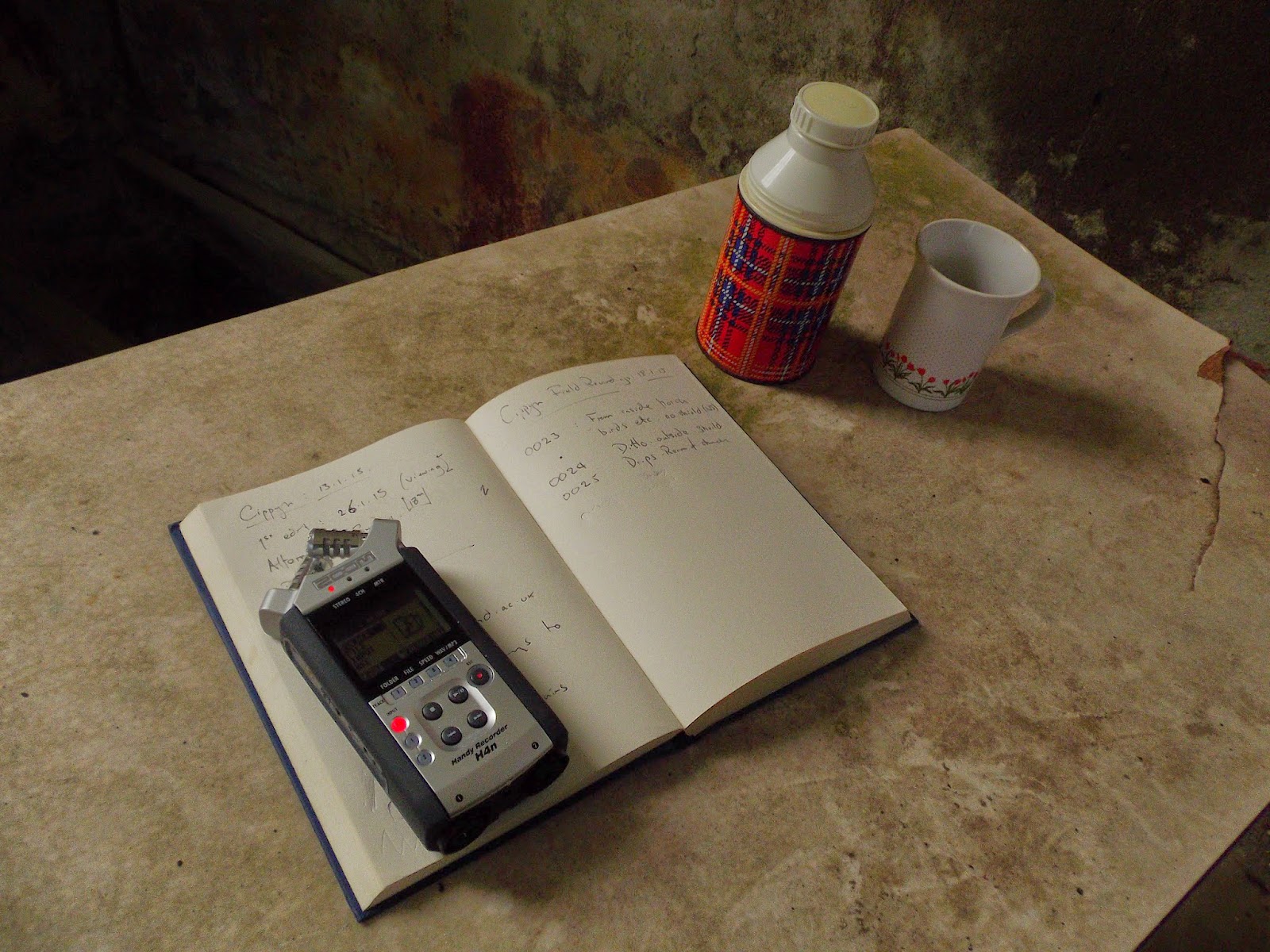 Now I'm working on the music, but won't put the whole thing together until after Monday when I see the first rough cut.

Posted by Peter Reynolds at 15:08 No comments: