Just back from a superbly organised tribute to the work of composer Mervyn Burtch at Lewis School, Pengam on Friday evening where he was once a pupil. The whole event centered around a new painting on one of the school walls of Mervyn by Gigi Jones. 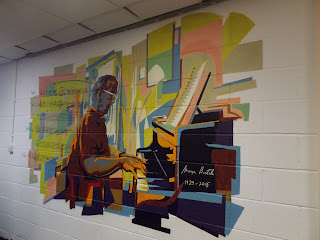 The painting takes its starting point from a classic oil painting at the Royal Welsh College of Music and Drama which Gigi painted back in the mid-1980s. 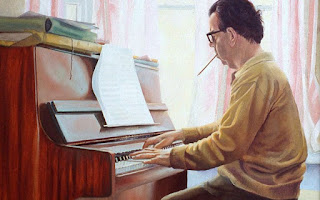 At the launch Gigi related how she used to pass Mervyn's house in Oakfield Street, Ystrad Mynach, and saw him composing at the piano. One day she knocked on the door and asked if she could paint him. "Of course", said Mervyn.

The evening also included a superb concert of Mervyn's music; the whole event was organised and put together by the Head of Music Bethan Jenkins. The Garrodus String Quartet opened with the final slow movement of the 13th String Quartet (2000) 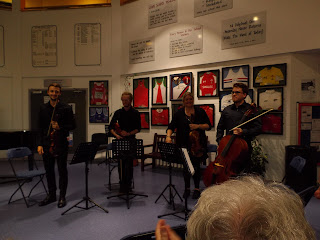 Then there was a really wonderful performance of the Second Sonatina for piano (1983) given by Michael Davies. 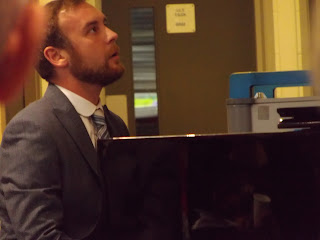 Jack Mainwaring played the Four Portraits pieces for flute from Alice in Wonderland (1982, rev. 1993) together with a very affectionate introduction and the concert finished with a fabulous performance by singer-songwritter Maddie Jones, Mervyn's step grand-daughter. 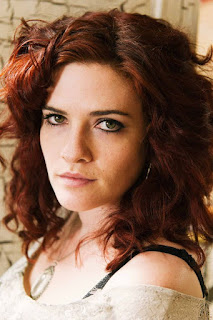 A really lovely and life-affirming evening.

More information on Mervyn's music from the Mervyn Burtch Trust.
Posted by Peter Reynolds at 18:05